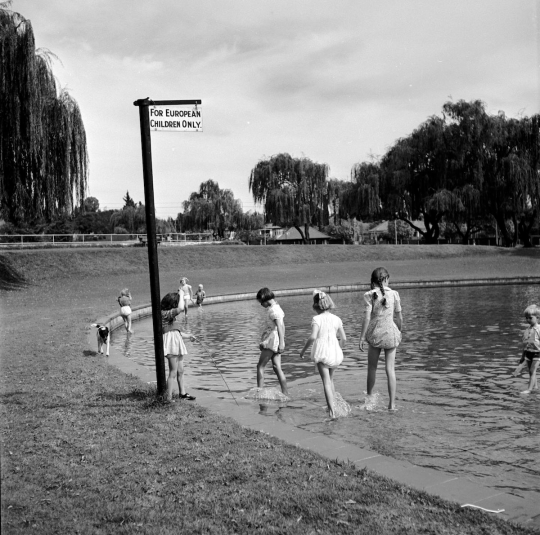 1956, White children paddling in a pond marked by a sign reading “For European Children Only. South Africa 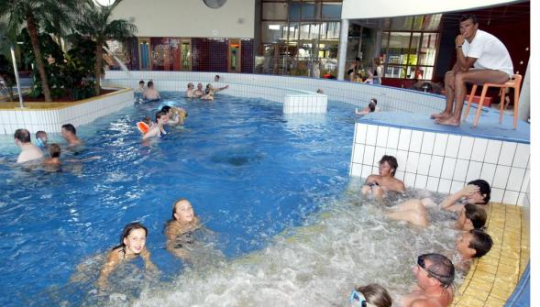 « the discomfort of swimming pool users faced with the presence of migrants at the IcèO , driven by the masses to take these measures. » la Voix du Nord 18th November, 2015.

Natasha Bourchart has taken the decision the restrict access to the leisure centre and swimming pool in Calais -the ICèO – to those with a new access card. This will be a card that migrants cannot get because you must provide an identity card and proof of address to obtain it. Use of the card will become necessary starting Monday.

According to the Nord Littoral newspaper, ‘For many weeks, complaints have accumulated that there has been a disturbing presence of migrants in the ICèO.’ A quote from one leisure centre user in an article in the paper La Voix Du Nord states that ‘when there are a lot of people I don’t care, but sometimes I am alone in the pool with them and I am rather worried.’

The article in Nord Littoral goes on to say ‘With the events of last weekend, many people are lumping together refugees and terrorists.’

Similar segregation measures have been taken at the library in Calais. It seems clear that procedures such as these are racist, only serving to dehumanize and widen the divide between those with and without papers in Calais. There are strong parallels between decrees such as this and those taken in apartheid South Africa. Apartheid is an Afrikaans word meaning ‘apart-hood ‘ according to the Webster dictionary it is defined as ‘a former social system in South Africa in which black people and people from other racial groups did not have the same political and economic rights as white people and were forced to live separately from white people’

It is troubling to see this apartheid style measure taking effect in the days following the attacks in Paris. This could be seen as part of a racist and totally confused backlash against those who have nothing to do with the attacks and many of whom have come to Europe to flee Islamic terrorism.
The fact that Bouchart wants to shut down this option for people to bathe shows the true nature of the French government’s intent towards refugees in Calais, which is to deny them the very basic life necessities such as access to hygiene. The government is engineering an untenable existence for people without papers here in Calais.