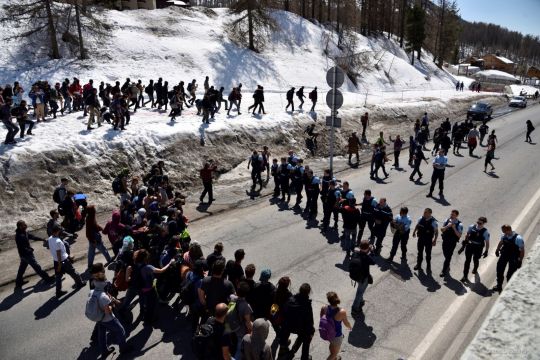 CROSSING THE BORDER – MARCH AGAINST THE FRONTIERS

Yesterday 22 April 300 people left Claviere, a small town in the Susa valley in the Italian Alps, to cross the border with France. The morning started with a meeting and discussion on “The Alps, the borders and resistance”, and then a shared lunch outside the self-managed Refuge Chez Jesus, a church hall occupied as a centre of solidarity with migrants. Then after the lunch we gathered, both migrants and people in solidarity, to cross the border together.

We walked together on the road that leads from Claviere, to Briançon on the French side. We were responding to the militarisation that in recent days has seen the border become completely blocked. But also to answer the action of the neo-fascists of “Génération Idéntitaire” who on Saturday mounted their own border post at the Colle della Scala pass. If the military and fascists want to block the borders, we will continue to fight to break them down.

In this last week, with the end of the tourist season, the Italian-French frontier of Montgenèvre has dropped its image of a ski resort to become a destination for dozens of soldiers here to train in the war hunting for migrants. These nights have seen serious ambushes in the woods against migrants by the military and gendarmes. The many attacks have meant dozens of people have become stuck in the Chez Jesus shelter, unable to pass the border. This, together with the neo-fascist presence at Colle della Scala, has led us to come together in numbers to break the blockade of those who are not welcome.

Yesterday we walked for 19 kilometers both on the mountain path and on the road. We resisted the attempts of the French police to interrupt our march, determined to reach the goal. We arrived in Briançon in the afternoon, 300 of us entering the city with choruses and slogans against borders, fascists and police checks. For once, no one was forced to hide in the night and the snow, to walk many miles only to be turned back by the police.

Our arrival in Briançon was the end of a good day of struggle. At six o’clock in the afternoon we arrived in the center of Briançon and the celebrations began.

At this moment, though, the police started their manhunt. We learnt that nine protesters were stopped in small groups when they were far from the main demonstration. The police stopped them on the pavement, put them against the walls, handcuffed them and took them away. Four people were released this morning. All the others are still in custody. The gendarmes also tried to take another comrade, who was knocked to the ground and beaten. Fortunately other comrades came to his aid and put an end to the attack.

The border is made up of uniforms, batons, tools to identify and select people. It is up to us to find the mechanism of this gear, and so destroy it.

We want the immediate release of all the comrades arrested.
The border is just an imaginary line. As we showed yesterday, it does not exist if we organise together to fight it.

FREEDOM FOR ALL THE ARRESTED COMRADES 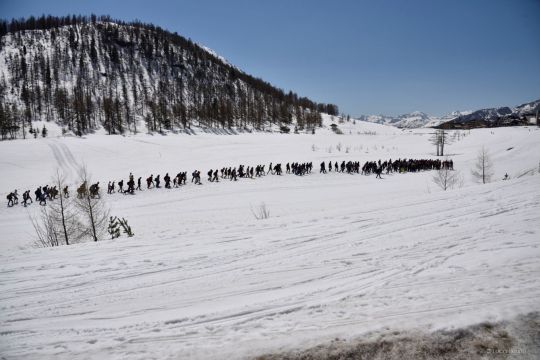 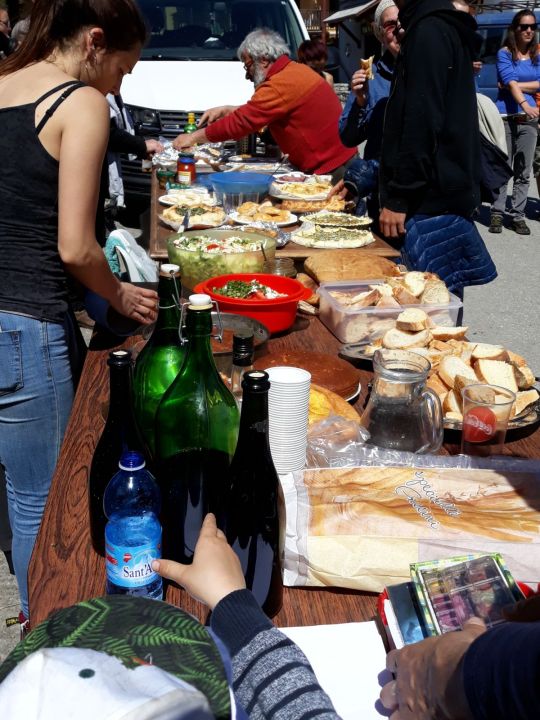 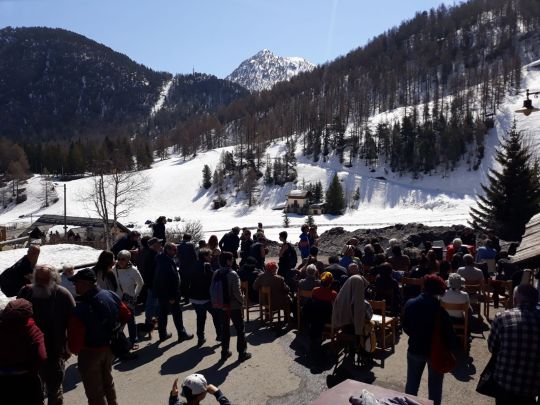 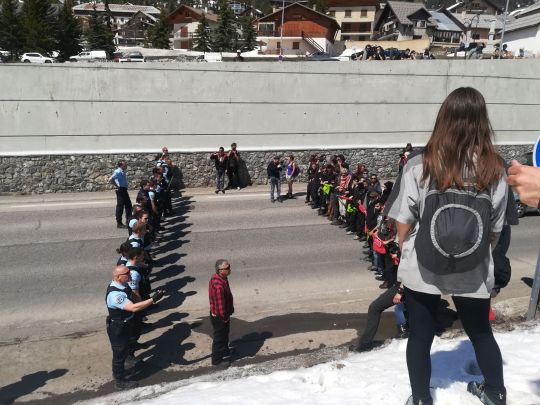 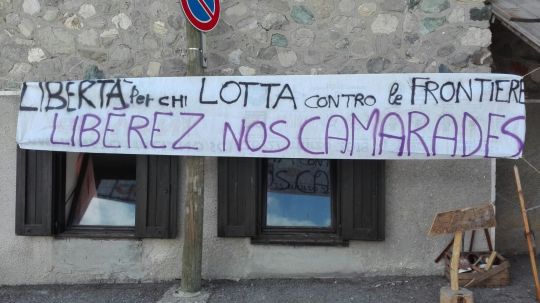