In the early hours of this morning, about 6am, a Sudanese jungle was raided and destroyed. 19 people were arrested and held in the police station all day. Three people were put in the detention centre and face deportation to other European countries. The others were released in the night. No-one was allowed to take their sleeping bags or blankets and their tents and shelters were demolished. The camp had built up amongst a woodland out of town after the African squat by Auchan had been destroyed three weeks ago, and now this new camp has also been totally cleared, just piles of shattered wood remain… 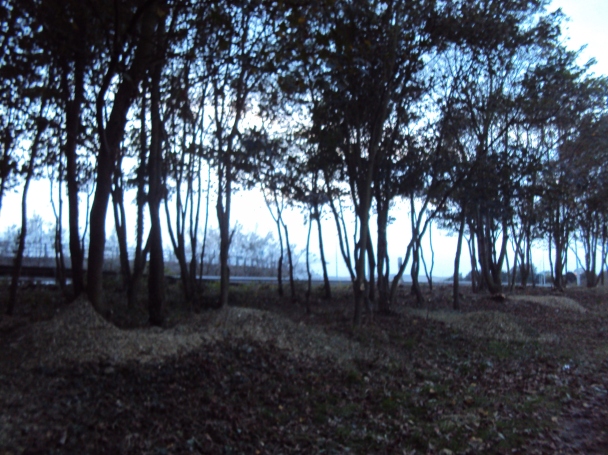 Yesterday the squat by Palestine House was closed locking everyone’s belongings inside. Police threatened people with imprisonment if they return.

Another new squat in town was also closed.

At the moment many new squats are opening all the time – but are being closed again rapidly. People are constantly having to move, losing all their belongings and many people are spending nights on the street or amongst bushes, down alleyways or under bridges etc.

The Pashtu jungle has grown to 50 people.

It is raining a lot and getting colder.